Seven Paracosmic Days - What I Came to 'Say'

Despite my word bank, as today I have come to think of my stash of verbal capacities, such as it/they may be, from which I've liberally over most of the course of my incarnate sentient life, taken much of what's sucked up my energy, writing & talking & texting & typing it (i.e., deluding, entreating, defending, seducing, versifying, classifying, lying, belying, pontificating, proclaiming, qualifying, passively-aggressifying & grad level nonsensifying), lately it hasn't been words that corral me into meaning, it's been -

well, take a look below at the last seven days of my life in the form of the drawings I've done this past week. To present them chronologically, as I do here (earliest to latest), may make up some sort of narrative, but not one that has much or anything to do with what I can construe of my or their 'conscious intention' - and probably very little to do even with any poem attached to any of them (though my poems have been long lately).

I'm starting not to believe in 'intention.' I think we are driven by something more strange than 'free will' or the lack of it. I think we are self-regulating systems, but not isolated from each other. This 'system' we're in, as I'm coming to experience it, is an infinite unity. And, like I keep saying the violin plays me not me it, this breathing paracosmic system we are and are in plays us.

Drawing lately has felt like the closest I can get to the mechanics of that 'playing,' of that self-regulation which is beyond the grasp of what Alan Watts has called the 'sentry' conscious verbal mind, often mistaken for the whole mind - that part of us whose main mission is to scan the horizon for danger (developed probably when we were primates in savannahs looking out for lions). So when I say I am 'unconscious' of motive or intention in anything, I don't not welcome the possibility that I'm completely conscious, in fact an organ of this paracosmic system of complete consciousness, the route to a greater acquaintance with which, might be something like drawing - or what happens I play (play with) the violin. My sentry mind just isn't equipped (yet anyway) to know that.

These drawings are apparently a large part of what I've come to 'say,' to loot Quentin Crisp's word bank (there's so much in that, he'll never miss it) from his suggestion: "Say what you've come to say." I wouldn't mind a paracosmic Sherlock Holmes here, though. Parsing out the clues, and saying what I'm really up to. But that's my Sentry mind, not content with not knowing, refusing to believe that anything can't be articulated in any of the terms in his constitutionally defensive lexicon.

Can you tell that paracosmic is my current fave word? Paracosm's nice too, of course. But as you'll have seen from my descriptive excesses above, I prefer the adjectival form of almost anything. I can't say what it is, I can only say, dimly, what it's like. 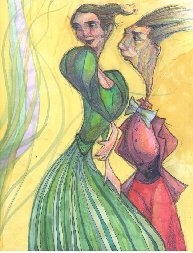 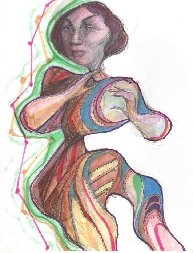 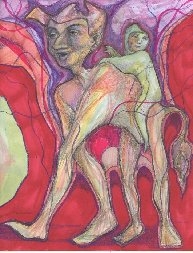 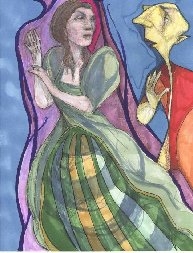 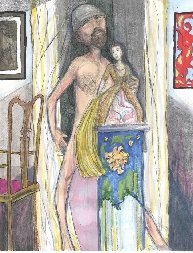 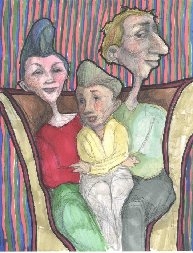 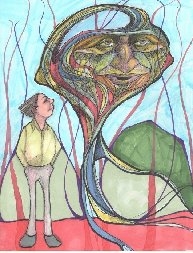