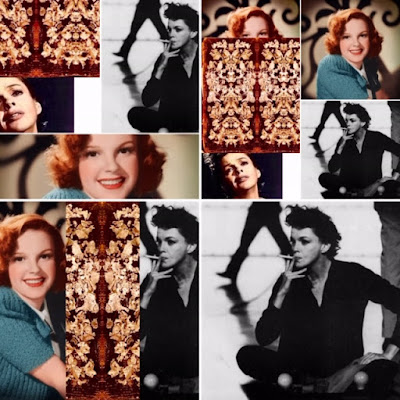 .
https://youtu.be/LqXH68BwMRc
.
“I think she looks pretty.” Sure, why not. She’s anything
you’d like. To me, she looks like what I look like when
when I’m so myself, so tired of my own insupportably
boring neurotic egotism that I can’t not spin out
alchemically to transmute all that matted dross into
an unexampled purity – purity’s the right word, even if
it’s purity (which by the way it always is in everyone)
.
made of mucking up your stories and your lusts, maybe
most especially your lusts, not the overt sexual lusts
but the ones you have for scratching your dry scrotal sac
raw because you love the exquisite itch and translucent
crispy ball-skin flecks which flutter down, or your inability
to pass without subjecting to exacting scrutiny a single
fallen thing glossed by the rain at night – like jagged bits
.
of broken concrete, rotting leaves, torn Doritos bags
promiscuously gleaming in the wet dark streetlight glow –
without having to take pictures of it; it’s the purity
of a keen hunger to gratify particular senses in particular
ways which never won’t make an odd angle of it or
require ambiguity to persist in its mess; it’s the purity
of being packed with amalgam ambiguity – so apparently
.
heterogeneous and clumsily casual – but so intensely
absorbed by its own sensations and obsessions it distills
into an essence which if you squoze just a few drops of it
out of your soul into Dixie cups, passed it round to random
passersby, would almost certainly kill them on contact, like
certain kinds of love do. Which becomes the sort of purity
you’d want to watch do anything at all, like stand around
.
looking out a window humming to itself. Judy Garland
pretty? Or too beyond beyondness for description to begin
to tell you anything you could pass on that would do
justice to it, with the single exception of Joe Mankiewicz
who, in words that managed that feat, said “she knew what
music was for”? Try not to pass out while you try to imagine
what that could mean. That’s what I’d say she looks like.