I don't like New York. Is there anything you could say that would change my opinion? 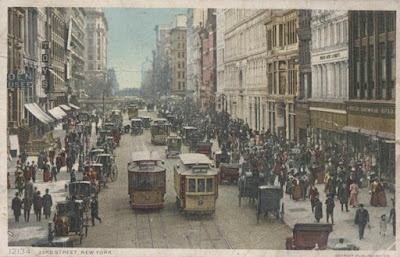 Question from Quora (which at some point, since it and my response to it appeared a year ago, was deleted. Maybe it's a volatile little bomb, I don't know) :


I don’t like NY. It’s dark and dirty. People there can be rude. Is there anything you could say that would change my opinion?


Response from me:
.
I doubt it. You see, I don’t like New York either. I love it. I am besotted with it. I am its slave. I have become one with its flesh. There is no me without it. It would be foolish to imagine there is no New York without me: insane immodesty, pathological narcissism. But I’m sure the city recognizes me as a flake of its skin. How do I know that? Is it even true? It doesn’t matter. I like thinking it. A symptom of being in love.
.
Anyone who’s experienced an in-love state of this completeness quickly learns there’s no way to explain it. Comparisons made between New York and other cities therefore aren’t only odious (an odium reeking of the hubris of imagining one’s opinion about anything could ever be wholly definitive), they’re of no use at all - that is, if you love the city and think that you can pass on the love to someone else by explaining why you love it, you’ve hit a wall. Exactly analogous (which I guess means there are instances in which comparison-making has value) to trying to say why you love a particular human being. Love defeats the question ‘why?’ Its interest is in loving. Not to say there isn’t gorgeous writing about love. But I don’t know that an iota of it will move you if you’ve not had some at least deeply imagined experience of it. I can’t enumerate the number of people who’ve come to New York expressly to see it with me, hoping that some of my love for it will be contagious. I used to think it would be. But it’s not. The sometimes exasperating glory of human beings resides for me essentially in the inimitability of their responses. They will see, love, hate, be mildly or extremely bored or excited by what they experience - they won’t be led by the nose to adopt YOUR ferociously held attractions and aversions.
.
So I’m afraid I can’t help you. Other people however often love to dive into the challenge of arguments this category of question can invite and incite. I’ll bet you find a number of them here. Not everybody immediately jumps off the cliff into the ineffable, as I may well have the questionable habit of doing. They’ll take you to their favorite place for waffles expecting THAT will change your opinion (globally).
.
And who knows, maybe it will.
.
Posted by Guy Kettelhack at 6:51 PM