Checking In with my Singing Voice 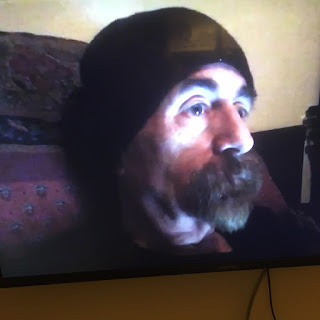 Checking in with my singing voice has become an interesting venture - it’s as if what this voice demonstrates is, despite my having (I suppose) to accept that is the product of my body, created by my lungs, mouth, throat, musculature, brainfunction, hearing, that it finally is a quite separate autonomous creation of my body - my voice, like any thought, proceeds from me but it is not me: the collaboration it makes with the breathing fleshly apparatus upon which it depends is subtle and strange: I know what I think I want of it but it has its own agenda. When I become close to thoroughly pleased with it, it’s because it feels full of unexpected magic. Body and voice collaborate at their best when both insist on achieving their individual aims - then they become an actual instrument. The faculty of ‘intention’ becomes then a mix of mind and what feels like chance but what may actually be my voice holding out through all of the body's machinations (physical and emotional and possibly mystical) for the sound and feeling it wants to have and be. Then sometimes for a whole evening it can come close to what both flesh and it yearn to be together. But even then it’s always the oddest balance, alive with misconstruing, electric with misunderstanding, hot with ambivalence - all of that creating a trembling unity, a center that cannot hold, though somehow is holding anyway and co-achieving the vibrato and shaped notes and very human feelings that they each either can live with or exult in. In the best moments these co-achievers (body and voice) are by far more exultant than merely accepting, thrilled at having come as close as possible to a goal that satisfies both. But how fragile and fleeting an achievement it is!

.
The two songs I just recorded tonight - Somewhere Over the Rainbow and Summertime - bear witness to this co-achieved fragile exultancy. This is not to say that they're by some outside measure "good" or "bad" - that's up to whoever listens to them. Only that they became something close to what they wanted to be.

Somewhere Over the Rainbow 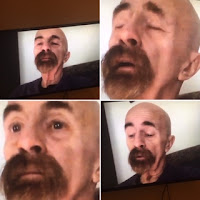 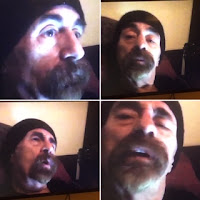