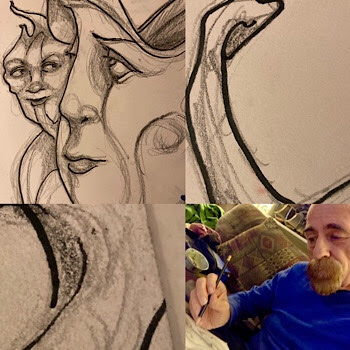 Posted by Guy Kettelhack at 5:09 AM

I love the combination of photographic views and your lyrical voice reading your own poetry. Sorry I have been away from your blog for a long time. I have been fighting difficult medical problems and may be close to making it through to a new tomorrow. ❤️ Mary Lou. MLWA.