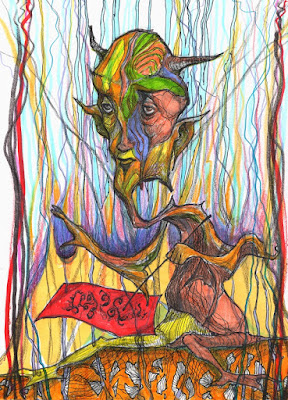 .
We’ve no taste for shared reality.

We don’t wish to take issue with issues
and issuers: those who feel bound
to expose or repose in the clouds of their
bias, espouse or reject what they’re told
they’re supposed not to like. We’ve not

read or heard a single report, exhortation
or warning or fiat or promise or threat,
any bet or surmise or pronouncement that’s
not just another ass-backward and epithet-
trumpeting blah-blah amassing like toe jam
in some puny god’s dirty feet. There’s no
.
woman or man in the street to entreat
to amend or affect the least bit of this
unlovely mess, except with a gun. Which is
why there are guns. Hardly a trenchant
analysis. Stop and go, status quo. Things
go on as they do. As we do, as you do.
.
…
.
Part 2: Should Ball Come to Bat
. 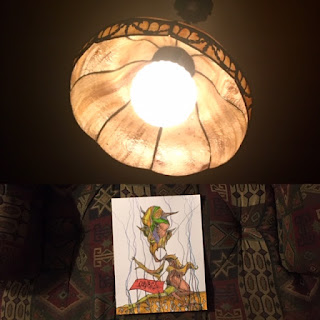 .
Have we caught the virus too?
Why are we writing these isms to you?
What has become of the boy
who had no reason not to enjoy
every breath of each bit of the life
that unerringly entered him, rife
.
with more interest and wonder
than ever could let any blunder
occur. To aver, to occur – catch
that verb that allows us to scratch
at the blur of the itch, that wonderful
bitch of an itch which makes carping
.
a richer arena of twitchy complaint.
You don’t have to love every last
little thing that goes past you:
though you might want to note it.
Noting it may be the ticket. For example
you smack down a fly then you flick it
.
away with a fingernail not ever
noting if it’s still alive. It might be
alive, after all; flies have resources
that tie them to living, as many
as you do, should ball come to bat.
But why are we speaking of that?
.
…
.
Part 3: Pleading the Fifth
. 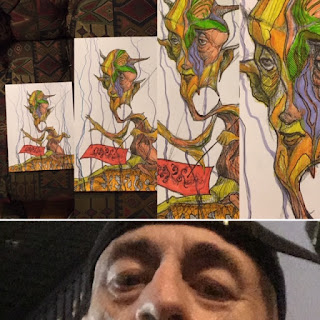 .
Change – beneficent, maleficent or impotent – occurs
as a product of sometimes centrifugal, sometimes
centripetal random amalgams of force more akin
to geology, meteorology, protozoology or throwing dice
than human intention. Outcomes – idiot exigencies! –
breed half-assedly flatulent sum-ups deploring,
abhorring, adoring according to whims blindly based
.
on a rank mash of willfully specious and misconstrued
data purporting to offer the shattering incontrovertibly
serious matter to go through to follow what grunting
conundrums of creature are left who by reflex decide
what we ought to believe, which in toto amounts
to contrive to crush all of what’s gone on before, then
to virally post in what fashionable nouveau media still
.
may be spluttering on their reputedly brilliant if ghastly
resolves, net-effecting to draw yet more volatile crowds
of bedoomed disaffected and all but erased human souls
for whom nothing remains but to pack themselves back
into black-painted bleachers, forced to endure yet
another long haul of a wait for the usual tedious
creatures to bumble again into stagelight to put the old

show on once more, each pray-wishing something or
someone would kiss them or fist them, though destined
of course never ever to be either fisted or kissed or in any
way touched. Pleading the fifth (un-rushed), they search
for what myth might be found, pricked by bubbles that
pop from the ground of the tiny bits left of the dregs with
the texture of rotting Cheez Whiz of primordial fizz.
.
This is the sentence they’ll end this thing with.
.
Posted by Guy Kettelhack at 12:05 PM