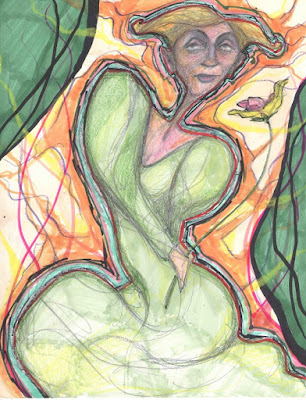 Mrs Jaypher said it's safer
If you've lemons in your head
First to eat a pound of meat
And then to go at once to bed.

It’s this time, now, that seems to her a vacancy –
this biologically indeterminate vague state
which she can’t placate through the prospects

of the usual availing means: when life appears
to want to feed on something far beyond its
generally tractable desires and needs: no form

or Vermeer or Bach or Edward Lear sufficiently entice:
no human agency at all can pay the price of stalling
this dark spiral into – well, she can’t quite say

abyss, but rather that enduring kiss of existential
dusk which neither wakes her up nor makes her
comatose. Is there a drug for this? She wants a dose.

Is there a soul equivalent – a shamanistic magic
cure that might perform the right transforming
trick? She wants one or the other: quick.