I learned that one of my closest friends Peter Hammond killed himself - got word yesterday from his son, Sam. I just wrote this about him.

In Loving Homage to Peter Hammond

Then with no throbbing fiery pain,
No cold gradations of decay,
Death broke at once the vital chain,
And freed his soul the nearest way. 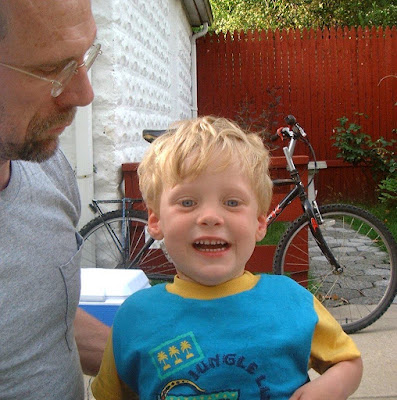 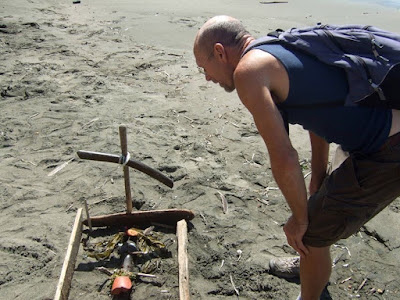 My friend Reed Woodhouse sent me the Samuel Johnson poem which features this final stanza when he heard from me that Peter Hammond (whom he’d met & liked enormously) had died. Reed cautioned me not to decide Dr Johnson’s outwardly cool tone had anything less in it than a whole human mind and feeling heart. But I readily felt its pulse, particularly in this final stanza.

“And freed his soul the nearest way” - why is “the nearest way” so satisfying and consoling a phrase? That in what had to have been for Peter an extremity beyond even the nth degree of death as the blunt finality we all of us will face - given his collusion in causing it (he ended his own life) - that somehow suicide opens up “the nearest way” as much as passively surrendering to the body giving out (why shouldn’t it?) - suggests to me that all final exits are blessed in their simplicity & completeness: all deliver us from evil.

The Brooklyn-born & in the last decades of his life transplanted Iowan Peter Hammond occasionally gently leaned on me in the last months of his life to keep writing to him - as I peck that out on my tiny iPhone keyboard I feel a sharply poignant ache of possibly having let him down. It was the voice of a child in anguish, seeking love from a source the child trusted. Something like a membrane of defense in me seems forever alternately to thicken toward opacity and to thin toward transparency; draws me near to, then pushes me away from outward connection — similar not seldom in Peter as well — but it never deadened me against “feeling with” him. On his brief returns to New York (always bringing his handsome smart chess-playing son Sam from toddlerhood through high school) it was such a delight always to see his face brighten to see me - shocked though I was at the idea that he saw something in me useful to help heal anything.

I spent a few hours today commencing to knit together from their hiding places in my laptop Peter’s and my correspondence over the years - mostly to give to his son Sam who I know will ‘get’ his father’s voice so very richly from it, and who has turned to me with such love - reflecting his father’s love for me. Well, it’s something, isn’t it, discovering one’s capacity to care is as vast as it can turn out to be. Ours was a vast shared caring.

Peter’s wife Brenda and Peter’s closest friends (two other men besides me) will convene with Sam in New York sometime  in July to cast Peter’s ashes into some body of water abutting or running through Brooklyn - the ocean? a canal? - presumably according to Peter’s wishes though (out of ignorance) I can’t quite imagine him expressing any of that sort. But I do immodestly & irrelevantly proclaim that the Hammond & Kettelhack backs-and-forths in our emails are marvelous. They pop with our enjoyment of one another. There were however long gaps in that correspondence - it sorrows me sharply to think that if I’d thrown a rope or flashed a light from my rowboat to him during the most recent dim-out it might have helped to keep him here.

What an astonishing sexy funny darkly deeply Irish creature he was - full of a fierce inimitable morality, a great proclivity for sudden gloom and wicked humor, and a compassion so deep and so efficaciously connected to his mission of helping the most down & out so-called Bowery “bums” - whom Peter knew to be people - that they actually WERE often lastingly helped. Peter himself had over the years become a registered nurse, a kickass guitar player, songwriter and singer in Iowan bands, a formidable poet, and an all-round ‘handyman’ during which tenure there didn’t seem to be a building or plumbing etc task to which he didn’t make himself equal. He’d taken courses in literature and writing at Hunter College finding at one point a particular devotion to Philip Roth (Portnoy’s Complaint) with whom he studied. He saved up to prod himself to travel through Europe and Latin America. He was hungry for it all. And unfailingly sensitive to every aspect of each skill he taught himself and mastered.

He was blind in one eye. Through his working eye he’d spotted me (he once reported) striding by 25 years ago on East 9th Street (from his Veselka breakfast window perch where he sat with whoever his intensely loved ladyfriend had been at the time; he’d known many) and reported that I glowed like an angel. In an email just three months ago he said one of my poems made him believe in language again. He made me believe in the miracle he was. I love him as much as I’ve loved or can imagine loving anyone in my life.
Posted by Guy Kettelhack at 3:12 PM 3 comments: 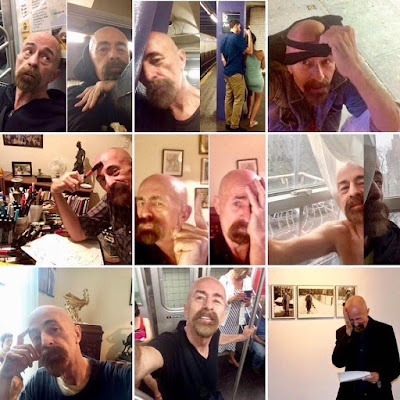 .
https://youtu.be/bZAcd1bg61Q
.
Overarching Intimations are a Blast.
They promulgate a fantasy of Past.
I try to lock them up so they will last
but when I find they do,
I am aghast.
.
The myriad mistakes I make are vast.
All the plays I’ve staged have been miscast,
misbegotten plottings holding fast:
Again my failure proves
it’s unsurpassed.
.
I’ve never gone on a vacation,
nor won any recommendation.
Troubled, supine, unbubbled by wine
or elation. I win at these stakes:
Degradation.

Posted by Guy Kettelhack at 7:15 PM No comments: 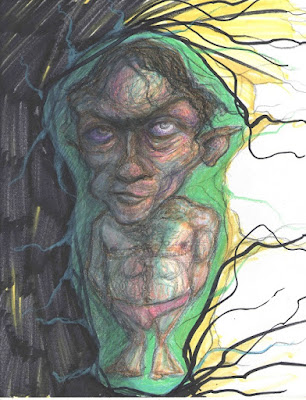 
Posted by Guy Kettelhack at 2:45 PM No comments: