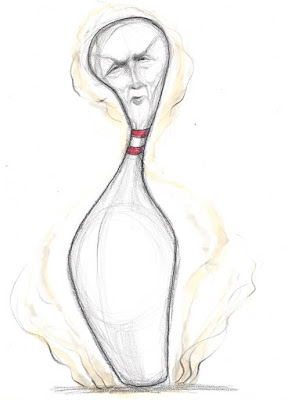 https://youtu.be/ceuRBR4gBE4
.
If this thing we’re in
has no beginning,
center, end or edge,
why would we ever
.
have to hedge a bet?
Infinity is on our side –
can get us anything
we want because it
.
can’t not always have it.
Distances are moot,
there is no time,
and size can’t matter.
.
That’s the soul of it.
We’re connected by
existence to the whole
of it. But let us, for

the game of it, set up
the pins of our resistance
to a goal, contrive
a ball that fits our

fingers, aim, and bowl,
and watch while
the resisting pins
rescind their haughty

spin against the thing
we’re in, and scatter.
Existence freely serves
itself up on a platter.
.
Posted by Guy Kettelhack at 5:48 PM No comments: 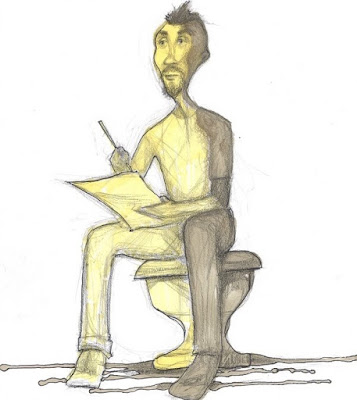 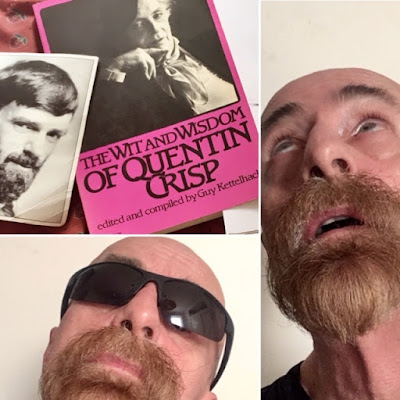 These sources of unrest are probably most of them forever out of reach – we feel like we can name some of them, and we probably can but even those we only partially know. I think the main reason I’ve turned away from psychoanalytic inquiry is that it seemed to me to lead to madness, not to beckon us out of it. The madness of thinking the more we knew about our past the freer we’d be. Such a reasonable-sounding promise – which to me turned out to be nonsense. It’s not that certain memories are not illuminating or useful. If they are, take a nice look at them and welcome the info. But do not, I would suggest, extrapolate a whole of theory of being from them which explains all. We like to do that because it gives us the brief illusion we can “know it all.” (And who knows, maybe we can, I sure haven’t seen evidence of it yet.) Every ideology or religion, when it thrives, thrives because it makes an irresistible case for agreeability. (Even when, maybe especially when, fire and brimstone are part of the recipe.) And a lot of this is genuinely eye-opening. As with memories that illuminate, gather ye rosebuds of illumination whene’er and where’er you can. I love “The word was made flesh and dwelt among us.” It’s generally meant as a kind of trope for Christ but it signifies the experience of anything or anyone being incarnate: every human being and every good poem and every stirring stretch of lovemaking and anguished grief and above all helpless laughter. The more we pay attention to who, what and where we are (I won’t even say “now” because that implies time, of which, as you’ll see, I take a dim view) – not abstractly but in the flesh – the more we become what we do, be one with it – not try to become what we think (an impossibility: you can’t be an abstraction – the word must be made flesh, and how that happens is a mystery I don’t believe anyone has plumbed, though if you have, write me immediately would you?) – the more we follow the spirit and letter of that, the more fully we’ll know we’re alive. It’s all happening in your skin and your tongue and your breath and your nose and your ears and eyes, and yes, your feelings and memories and speculations and sexual fantasies and terrors – in whatever hurts or feels good, in whatever excites or bores or saddens or leaves you dimensionally in a sense of not-knowing or un-knowing (especially that feeling, for me). Notice I don’t say “live in the moment.” That’s a ghastly admonition. It tells you there’s such a thing as a moment, which means it sneakily implies that you have to believe in measured time, since when most of us hear the word (“wait a moment, would you?”) that’s what we think of. There is no time, there’s only infinity and eternity. We need not look any further “for something” than what we’re already looking at. Therein lies the mystery, I suspect, of word being made flesh – and dwelling among us. The great cosmic hilarity is that we do that all the time and don’t have a clue about it. All of this describes to me what I may just as well (and so do) call “happiness”.
Posted by Guy Kettelhack at 4:26 PM No comments:

In Any, Every Case 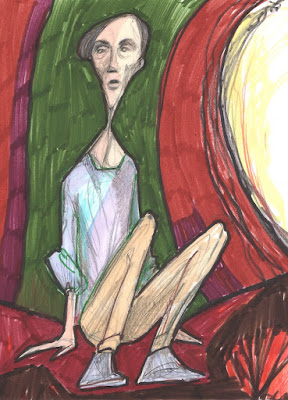 https://youtu.be/Z3QUVmLO2Ec
.
The city wants my nitrogen to hum, have fun in me,
so that the seeping mulch I am will make a lot of it.
Wonderful to feel and hear my guts so cunningly
produce the gas the city wants so it can plot with it
.
to fuss with – entertain itself. Not that what it does
with it is anything I know. It seems to like what
I am doing, though. I feel the city’s soothing buzz
inside: as if confiding, “You’re an And now, not a But.”
.
I’m a tiny essence in New York’s identity: it needs me
in however minuscule a way to keep some portion
of it in repair. Manhattan feeds and breeds me
so my hydrogen and methane can without distortion
.
help to gain, sustain the city’s equanimity. What better
destiny could I embrace? That any atom of me fits
in place in this great city’s plan! The spirit and the letter
of why I have any purpose here at all reside in its
.
decision to engage me as its slave, which honor gladly
I now savor. And if I leave this mortal coil in disgrace?
Won’t matter. I’ll do, though life go well or badly,
what I’m here to do: emit my CO2 in any, every case.
.
Posted by Guy Kettelhack at 8:36 PM No comments: