Getting What She Wanted 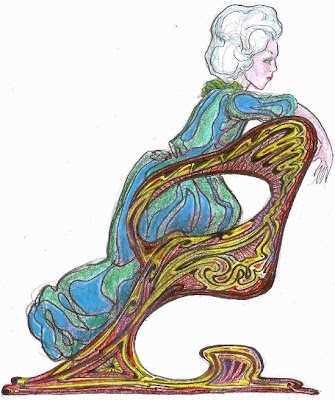 New York City’s Spring, today,
could not decide what truth to play:
the Marschallin from “Rosencavalier,”
a woman bravely setting free her youth? –
or Marie Antoinette in any of the many

narcissistic pets and fits of pique in her
career when things did not proceed
according to her plan. The rainy stealth
and ambiguity of ripening that April undergoes
have surely just a bit to do with something

like the craving for a younger man, or lolling
petulantly out of boredom with great wealth:
in fact, reflected quite precisely what
the city’s Spring already had proposed
should constitute the throes of this

apparently withholding moment of unfolding:
she was getting what she wanted. But, ah,
her formless grayness needed spice.
So New York City’s Spring decided
that it would be nice to kneel and lean

upon an ornate chair, half luminescent
opera, half history’s dark air, adorned
in greenish-blue, pretending to gaze
listlessly beyond her at the rainy April view,
which might well have included you.