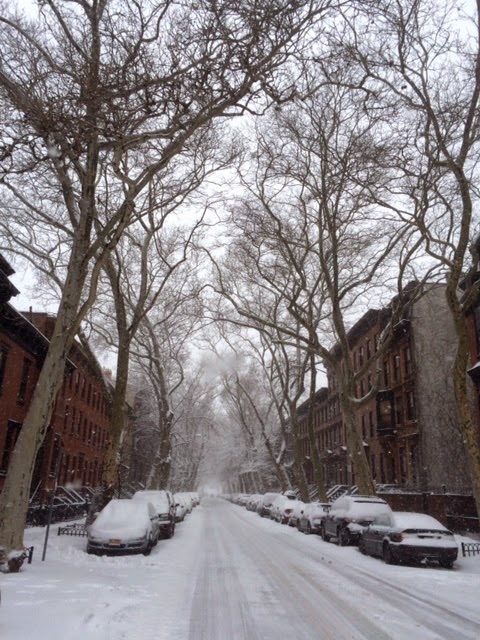 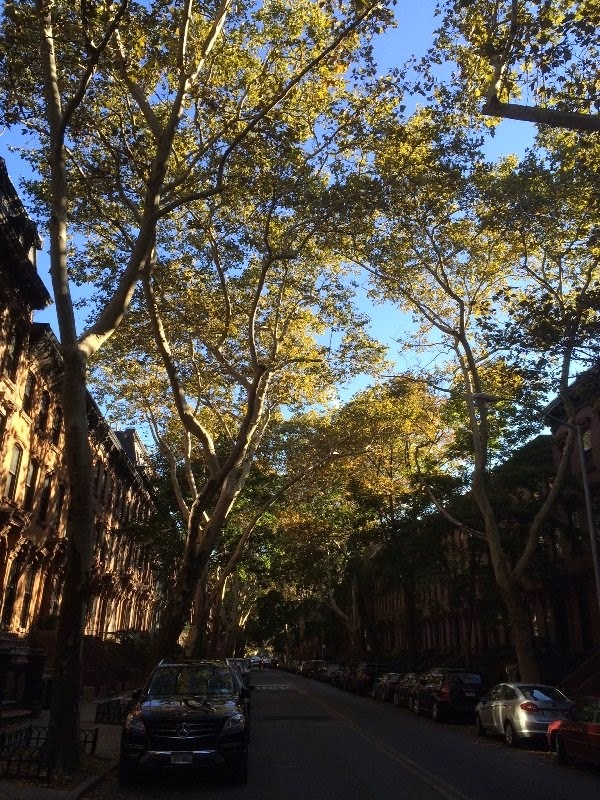 I've reported on this absorbing sense of seamlessness which only ever increases for me as I go on - divisions have so dissolved between categories I once thought immutably discrete (male/female; day/night; 'gay'/'straight', young/old, etc etc) that, oh I don't know, everything I see becomes another proof of unity.

Seasons, for example. I do not even register, really, whether it's 'winter' or 'summer' anymore - it only ever now seems to be another moment of air & light! Like, look at these two views of a Fort Greene Street (I think it's the same street - South Portland?; if not, it might as well be) -- I see them, now, as instances of two breaths breathed by a single organism so indivisibly part of that organism's life that they amount to simultaneous views from two angles of a prism. They're both happening 'now' - or rather as parts of an utterly ongoing full system response which has no beginning & no end.


This is as clear as I can put it - this connected sense of everything and everyone. It's part of that sense of 'experience' I yammered on about a while back (oh the strange uses I make of Facebook!) -- it's the most obvious 'fact' of existence I know, even if it will always defeat any explanation that tries to nail it. It will not defeat inventive attempts to describe it, though - that's what poetry, for example, is for.