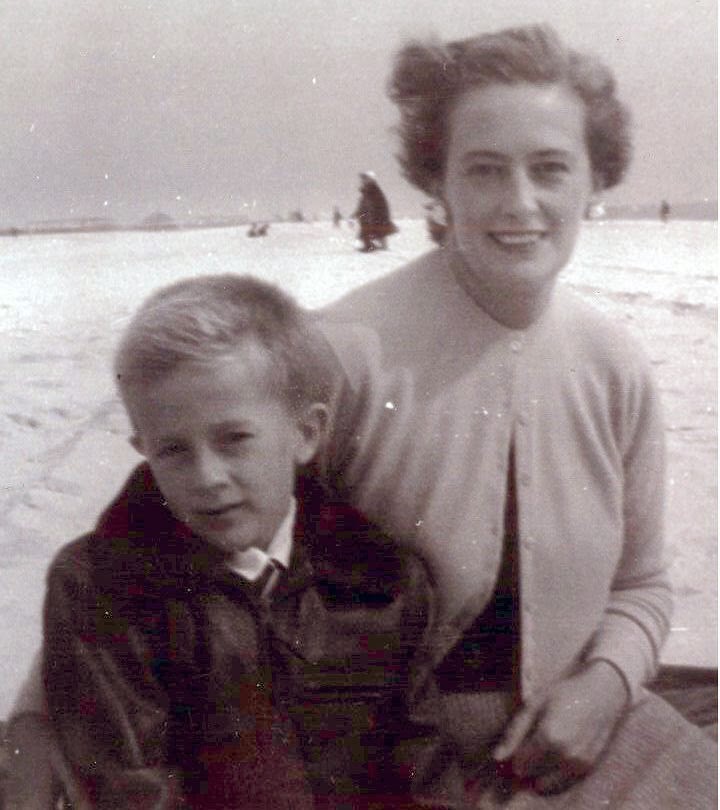 Whatever memory may be, when it's 'vivid' - at least for me - it has more the effect of sharp bits and specks amassing into something almost pointillistic than of any smooth narrative. Verging on early March brings back the beginning of March 2003, in Amityville, when I was staying with & taking care of my mother who in that winter & spring and through to July, when she died, was precipitously falling, sort of from cliff to cliff, through deeper stages of congestive heart failure. It was dreary Pledge time on channel 13 then, too (as now) - including the night she called the ambulance from her bedroom upstairs to take her, for the second time (the first had been in January), to the ER because she was having trouble breathing.


But as dire as that sounds (she prevailed then and a few times afterward), it mixes for me with so many vivid little far less dire recalls - like preparing her a soft-boiled egg and toast with very milky coffee which I'd bring up to her every morning at 7:03 (my OCD, not hers: it became a sort of game to get it to her exactly the same moment each morning), or making us thin pork chops & steamed frozen vegetables & some sort of ice cream with cool whip dessert to eat at tv tables while we watched the evening news each night (I'd learned to cook exactly as she'd cooked - as part of what now seems to me to have been an involuntary preternatural attentiveness - a symptom of deep love, I now think), both of us frowning at the surreal sound bites flying by, alarming with unexplained information - CBS (or NBC or ABC) news is such a horror, really -- and laughing at it. And then both going to bed, me at the back of the house, her upstairs to her bedroom (when she could still make the stairs) and invariably watching the same program on Channel 13 (when it wasn't Pledge week) - there was a terrific serial bio of Mark Twain, which we'd talk about the next day -- and, oh, me sponge-mopping the kitchen floor every Thursday and driving (she drove, I didn't & don't have a license) to St Mary's Episcopal Church every Sunday to hear the priest deliver impassioned - seemingly demonically possessed - lit-from-within conservative High Episcopalianism (I know that sounds oxymoronic, but it reflects the mix) before going to Wallmark with coupons my mother had cut out to get whatever bargains of - what? I can't remember a single thing we bought.

Look at that run-on stuff up there! But see? Pointillistic memory. And yes, maybe I got it right: the product of an involuntary preternatural attentiveness - a symptom of deep love.

[pic: me with shovel & snow in front of The House during the time I'm talking about. 2nd pic: my mom & me, on a cold fall day at a beach. I was maybe 7, she was maybe 40. both our souls maybe a touch visible.]