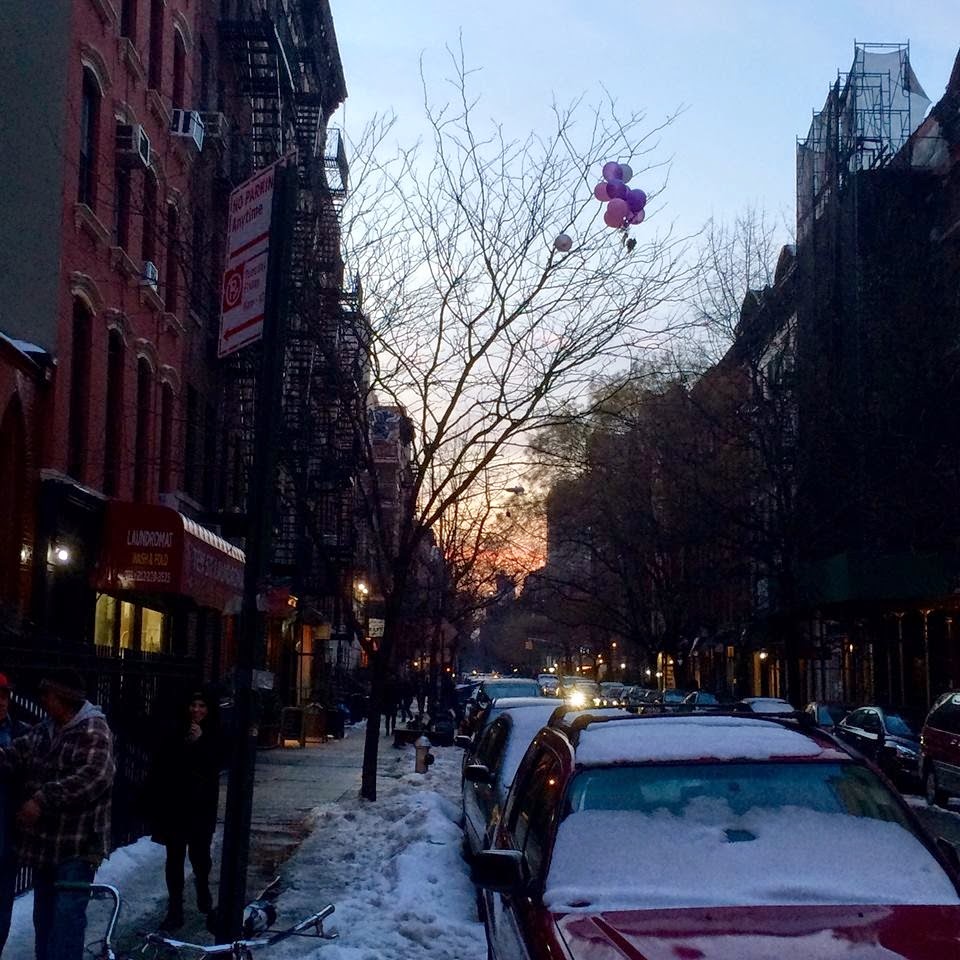 For some reason, this year, trudging and slushing and sliding through wintry New York more than ever underscores my longtime sense of the place as one massed intricate organism, in whose least part I find an occasion for intimacy. Like this pic of balloons caught in a tree last night, and the sunset sky, and edgy century-and-a-half old fronts of buildings on an east village street, marked here & there by the bright glint of lamp on building or headlight on car.

New York is thought of as immense, and it is immense, but not, to me, primarily in architectural or geographical size or population. It's immense in its suggestive intimate density - which is maybe even more startling in microcosm than macro. There's so much subtlety in its mottled complex weave. When I say I love it like a lover, I mean it. It has never been for me any sort of abstraction. It is as alive and specific as any breathing creature.


People who decide that New York is somehow separate from 'Nature' don't, to my mind, really take it in. To me it is as natural a product and reflection of human beings as the Coral Sea is of coral animals - only so much more glorious in sentience & detail. It reflects the miracle of the most astonishing child of the Big Bang we've so far found: the human mind. To live in and love a place which meets the mind in every of its infinite aspects is to live more widely and deeply than I knew you could before this city and I found each other.

I gotta do these paeans to her every so often. Brightens the soul.