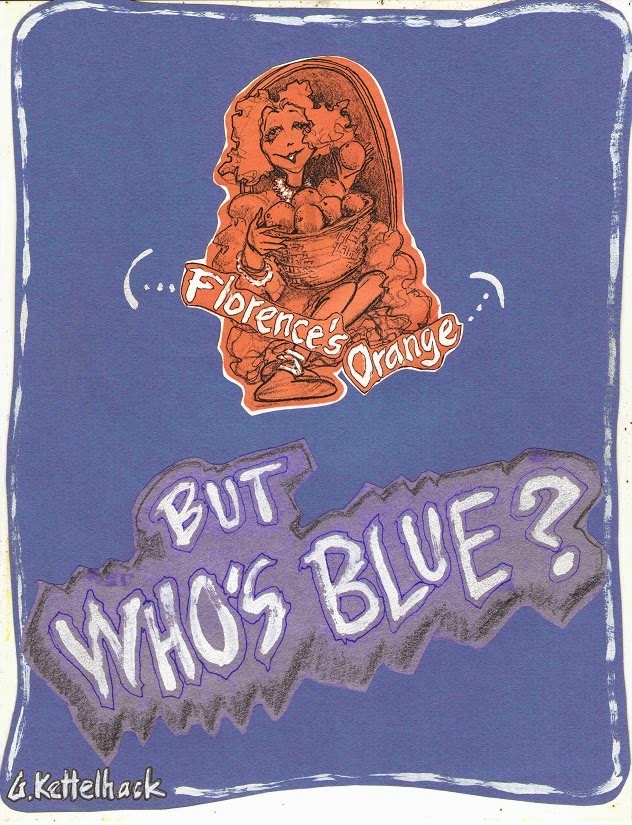 BUT WHO'S BLUE? was conjured up in 1998 for my father, Carl Kettelhack, who was entering into that deep strange dark last stage of Alzheimer's, where much of his mind - particularly to do with language, memory, and therefore knowing who he and the rest of the world were - was slipping away into the dark.

But my dad was a tenacious sort. My intuitive take on it is that, while the left hemisphere of his brain (involving language and logic and 'calculation') was winking out, the right hemisphere (art & freeform imagination) was still blooming fine. He still drew, he still delighted in birds and squirrels, he could still shave (!), and he sang in his glorious high baritone the way he always had.

So I was lucky to find I was still able to make contact with him, deeply - through music and art, but especially art.

When I was little he'd sometimes put an easel up on the second floor of the house in the hallway connecting my brother's and my bedroom to his and my mother's bedroom. On a big pad of sketch paper, he'd draw a face. When I passed it, I'd draw on top of it, changing it. He'd then add to it again. This went on all day. By evening, you’d seen Howdy Doody transform into Albert Einstein and beyond - creatures which had no name but oh man, sure had presence. He was sumpin', my dad.

The creatures and especially the not-always-usual colors in BUT WHO'S BLUE? emerged with my hope that they'd delight my father "where he lived” -- in that strange wonderful imaginative universe we'd explored back in my childhood days of that easel. I was not let down. He loved these little guys - each new page was a surprise every time he looked at it! And when my father was delighted, it filled the room.

BUT WHO'S BLUE? has had another life, too. My sister-of-the-soul Laura, a brilliant elementary school teacher who, over the years, has forever transformed the lives of the kids in her classes by inviting them to enter their own strange wonderful imaginative inner universes, tells me she's shared BUT WHO'S BLUE? with many of them. What maybe I like most is the idea that they felt free - as I hope you'll feel free too -- to make up stories about these little diddly-doopers. Make them your own! 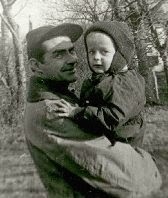 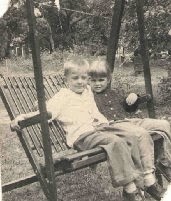 (Remember: Lucy likes puce juice. And she SO hopes you will too.)