How to Make Love While Conscious 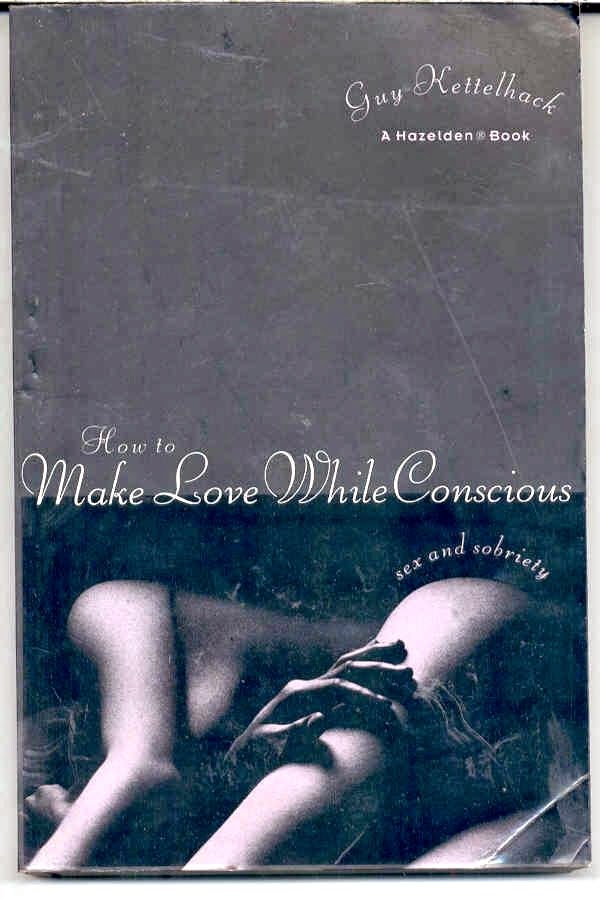 Back in the long-gone days when I wrote such things, I did a book called HOW TO MAKE LOVE WHILE CONSCIOUS, about sex & sobriety. I remember a sunny al fresco lunch at a restaurant situated along some sort of - canal maybe? (is there a canal in San Francisco?) - some sort of body of water like that - with my sunny smart Harper San Francisco editor and PR woman and sales rep, and the PR lady said, um, the title made her free-associate to necrophilia, did anyone else think that? - and we all laughed a touch nervously - and my editor backed me up about its shake-you-up audacity, and anyway -- although I don't think I quite knew it then - I meant "conscious" not only as a near-synonym of sober, but as the closest as any one word I knew came to, well, "God." By which I mean what I take (from Alan Watts) to be the largely Hindu concept of "God" - the Ātman, the Spirit which is Everything, but/and which Hindus say can only manifest in incarnations which pretend they're not, or have forgotten that they are, "God". The whole nature of the Hindu universe is hide-and-seek: God pretending he/she/it isn't - until he/she/it wakes up & remembers. This creates all the infinite diversity we know. The one artery we've got to 'remembering' is - Consciousness.

Most people (I see, hear today) still think of consciousness in purely biological terms: those capacities which enable speech and thought and memory and planning and 'free will' and figuring out what our senses are telling us, etc. But to me the word so far outstrips that. Especially as I trundle on toward Ancientness. Gets deeper and stranger and to some degree 'sharper' every moment I use it. When I claimed yesterday or the day before not to believe in belief - that all I saw was certainty - this describes the 'certainty' I meant and mean. That Consciousness is everything. Consciousness CREATES everything. I could attempt to explain this more, but I'd get it all wrong. It defeats any understanding besides (and even this is imperfect) the 'understanding' derived through experience of it. It's not a 'concept' - it's - well - 'it'.' Felt. Experienced. Known by everything in you down to your mitochondria. And beyond.

So anyway, HOW TO MAKE LOVE WHILE CONSCIOUS has had a long life not as a book (it's out of print, although used copies seem to be widely available) but as a title. To my delight, it regularly crops up on "The Ten Weirdest" (Strangest, Most Improbably, Funniest, etc "Book Titles Ever Published." As well it should. I mean it is funny.

But I realize now that what I really wanted to title it was HOW TO MAKE CONSCIOUS WHILE GOD.

Guy, this book was helpful for me to read in preparing my new book, SEX IN RECOVERY, due out in October. Thank you for your compassionate reporting and your meditation above about the nature of consciousness, god, love, etc.. /Jen (aka Guinevere, of Guinevere Gets Sober)

Thank you Guinevere! Good luck with your book!