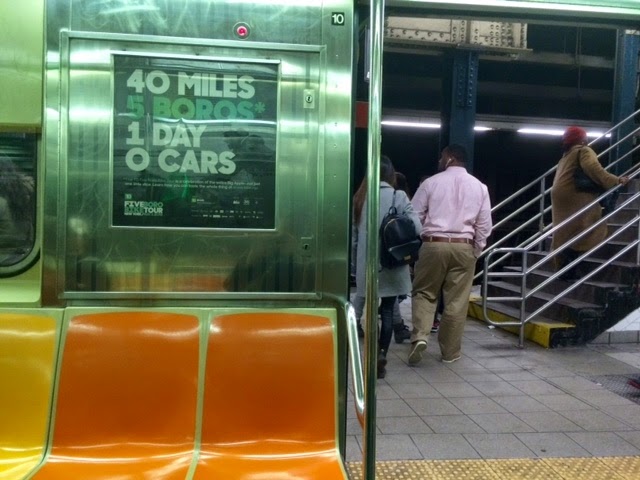 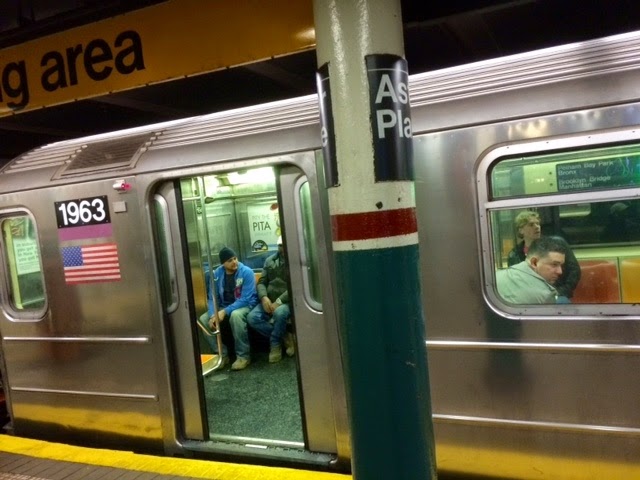 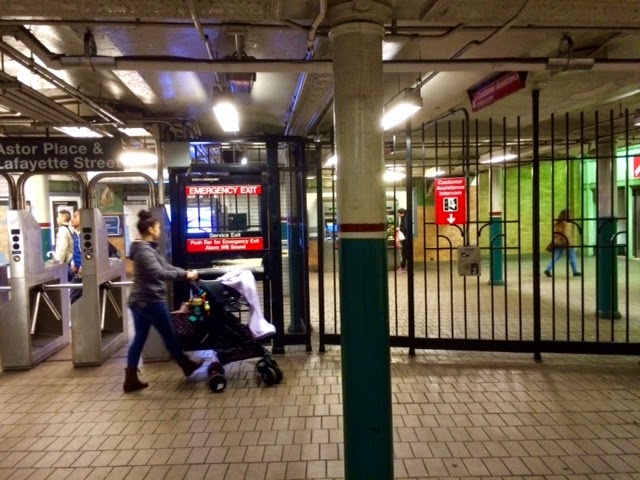 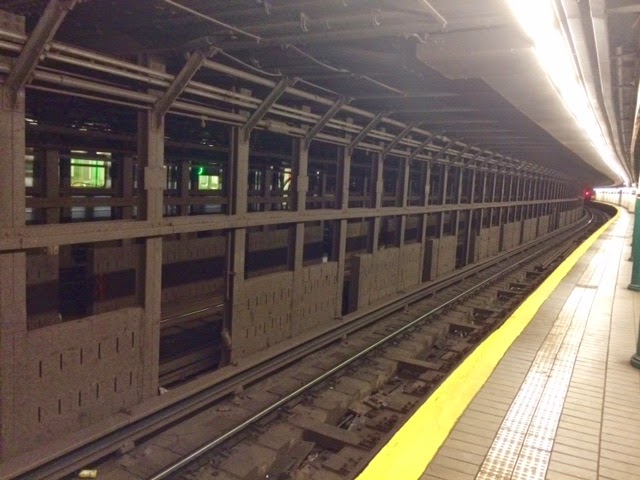 Okay, so I've been experiencing a 'something' about New York, felt it more than usual today, though I suppose it's always been in my take on it. It's its phenomenal absorbency. I don't mean only that it takes everything that's in it and, as it were, 'digests' it -- for example, you can have the St Patrick's Day Parade in all of its clamorous profusion and elsewhere in the city be completely unaware it's going on: New York is too extensively multifarious to have any one thing in it overlord the rest. Even - harrowingly oddly - during the terrible effects of Sandy - in the upper west side (which was largely unaffected by the hurricane), damn if Fairway on 73rd Street didn't go on completely as shovingly usual. But I don't mean 'absorbency' only in the city's capacity to ingest and contain.


Another dimension of it came clearer to me today as I was taking the 6 train downtown - looking out its windows, and onto subway platforms when we reached them, and at the end when I got off at Astor Place peering into the vanishing point perspective of the dim reaches of the tunnel -- taking in not so much the activity, but the unbelievable heavy metal structure that made that activity possible. Great unspeakably powerful horizontals and verticals of rails and pipes and girders and concrete - all of it absorbing unfathomable forces on and above and under and through them like the body of a massively strong mythic giant beast. All of that is going on all the time. And it adds a whole other level of gorgeous strange reality.

New York keeps keeping pace with the sense - perhaps the illusion, but boy has it not yet been revealed to me as illusion - of the infinite reaches of the human psyche. It is the Id and the Ego and the Spirit writ from huge to tiny, and endlessly. It is like living in the body of Everything. I hesitated over whether to use that word "Everything" - decided finally not to say "God."

But I was thinking of it.

Anyway, here are the subway pics I took. Word made flesh. Metaphoric and grindingly THERE. The kind of poem I have yet to write, and hope I shall. (By the way, these little bursts outta me on facebook are sort of experiments in form. I feel like I'm writing prose again which is not at all the way I used to write it. Thanks for being my unwitting guinea pig audience.) (Also - duh - feel entirely free to ignore it.)