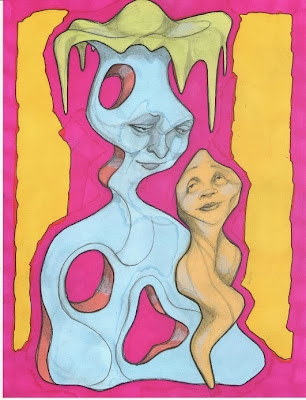 of their curves or angles, swells
or swoops, cantilevered edges
or baroque entangled loops.

But two may snatch a glimpse
of one another on the sly, catch
each other’s eye, release a plaintive

of form with all its rational detachment –
avoid the risk of passionate
attachment’s rash escapes.

It isn’t easy being shapes.