His Nerve and Air 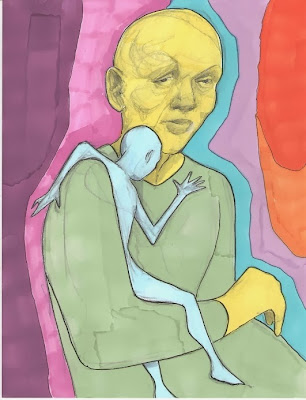 Listen to his ardent explanations --
his attempts at a defense and expiation
of the sins of which he’s been accused,
to which he has confessed with few excuses,

although not without some reasonable
reservations: listen to the trouble
he assiduously takes to make
his spiritual sphere appear as rational as --

what? It’s in his passionately uttered
but and therefore, as it were and might
have been and would be if that you’ve
begun to grasp he’s giving you a gift:

to see reflected in his breathed bewilderments
the living you -- to get more understanding
of the mystery. It’s his nerve and air
that matter, not the data of his history.