On Kaleidogramming "Assemblages Like These" or, We're All Orgasms After All 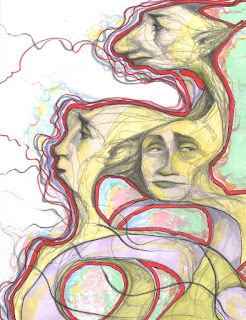 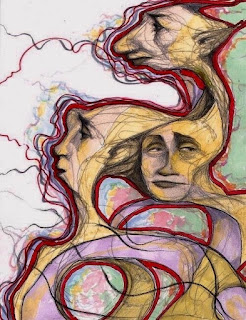 Kaleidogram is the exactly descriptive word my friend & brilliant wordsmith Reed Woodhouse gave me for what I do to my photos and drawings via the Layout App I discovered through Instagram. On the principle mostly of juxtaposing mirror images, in part or in toto, of the 'progenitor' photo I start with - the permutations of which can be startling -- it symmetricizes (like a kaleidoscope) the progenitor pic into untold varieties of WHOA! To put the intricate filigree of bare tree branches in winter through this Layout App mill is instantly to create a panoply of baroque and rococo symmetries which recall adornments on and in everything from Rome's St. Peter's to London's St. Paul's to virtually any wall in Versailles - not to mention all kinds of what are surely J. K. Rowling's dreams.

But lately it's been fun for me to run my creatures through the Kaleidogram mill. I've just subjected the drawing in my aptly named "Assemblages Like These" --

-- to varieties of Kaleidogramming and you'll perhaps agree they've come up with some memorable turns on the dance floor. The pics here start with the progenitor drawing and its photo-shopped-darkened twin (see above) from which darkened twin the kaleidograms proceed -- after which we go on a romp through Kaleidogram-Land (see below) to watch each child of the parent pic have its transgressive fun. 'Transgressive' because this whole business still feels slightly shameful somehow -- it's such a blatant imposition of 'mechanics' on a defenseless drawing ("you call this art?" sneers the mealy-mouthed critic in my head) -- but then, hey, the Universe is arguably a blatant imposition on itself, so maybe this is just another maneuver of the ever-disseminating Big Bang - which is eternally ejaculating and germinating into something terribly beautifully newly shocking. We're all orgasms, after all. 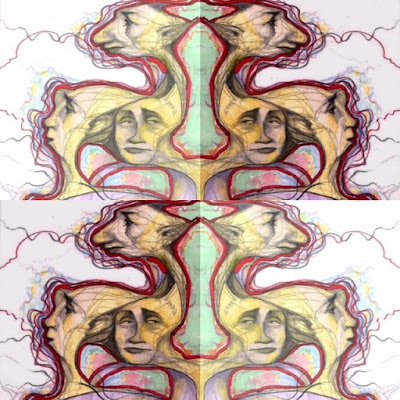 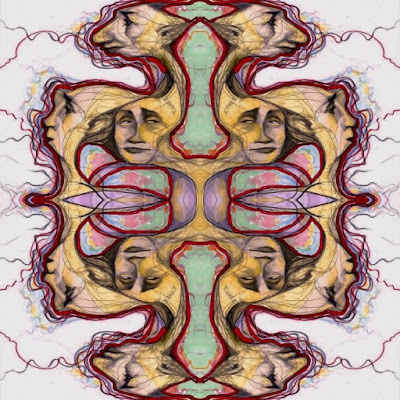 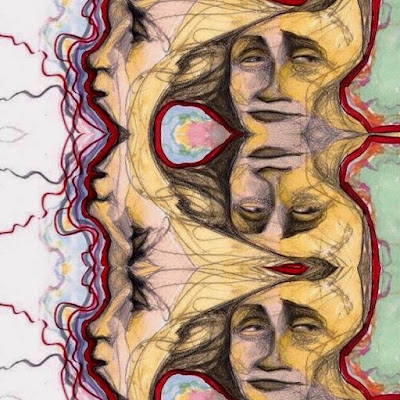 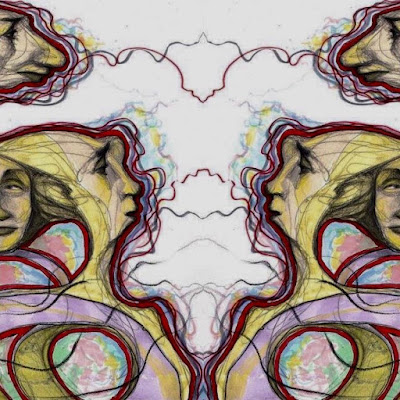 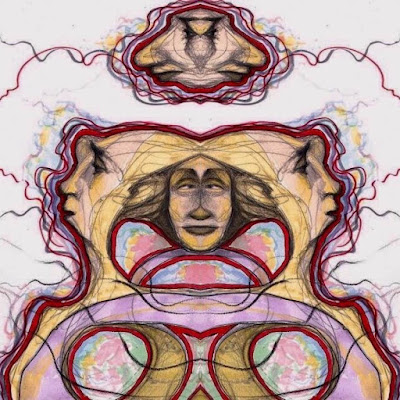 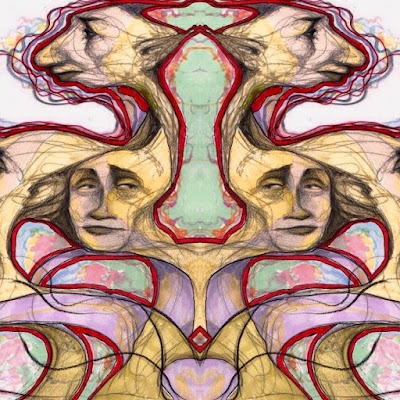 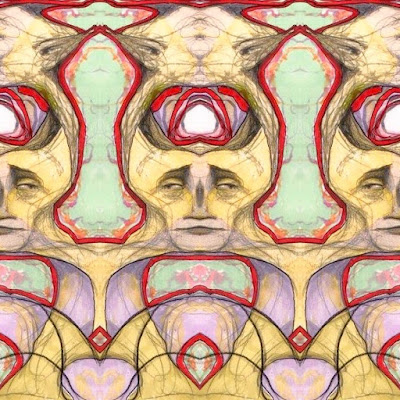 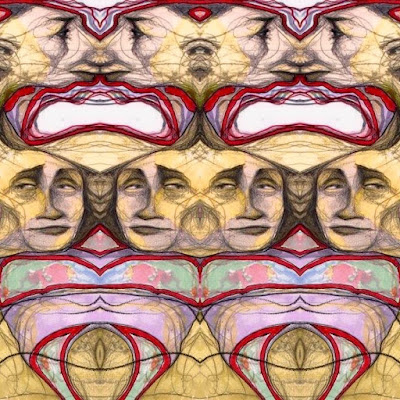 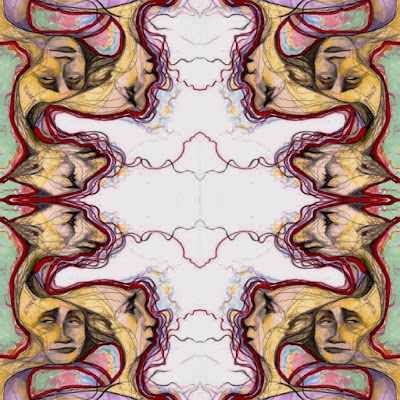