Pegasus and Icarus and Kettelhacks and Guy 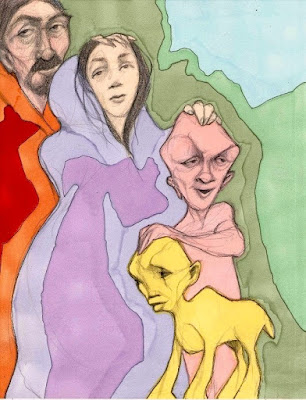 Legacies: a laying on of hands, inherited commands?
Frilly vestiges of folderol nobody understands?
Afflictions and predictions, providence and provenance,
fallacies, facts. The takeaway from Icarus? Sun melts wax.

I pick a stick of licorice, sit back, relax and chew, attempt
to undertake adoption of the view that by default I am
the single living remnant of a legacy left in the vault, more
Pegasus than Icarus (I didn't melt, I flew): but final evidence

(no one was looking for) of Kettelhacks. And when all acts
of prophylaxis fail and I sail toward the periapsis of the planet,
and then beyond the orbit of that orb (speedily receding
backwards) on which nobody is left to pay my unpaid taxes,

that will be a legacy as well – one (on ne sais jamais!)
that may prefigure hell, the barest thought of a propinquity
for which at which no Kettelhack but Guy will ever have
(by then) had so much as to blink an eye. Wave goodbye!