Premise, Upshot, Corollary. (Hang On for the Ride.) 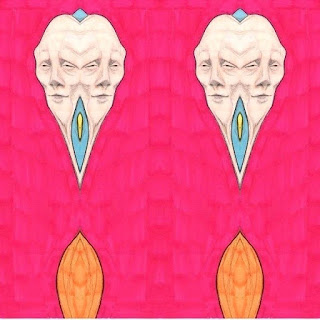 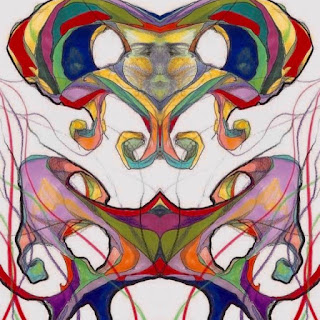 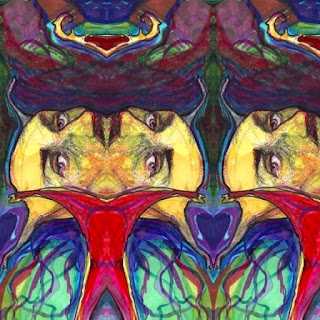 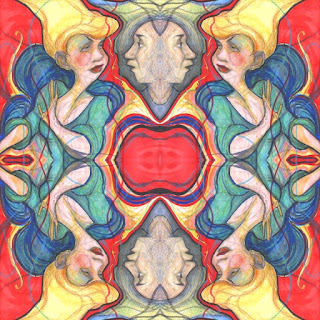 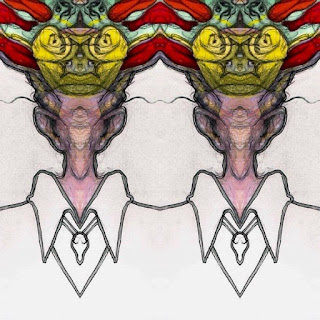 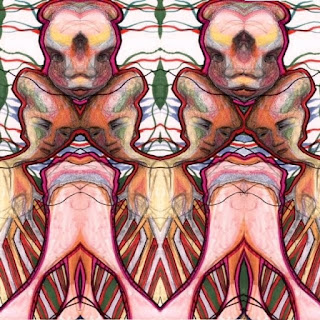 IN SOME WAYS, dare I say what I think about one of my own poems (I generally daren't because I simply don't know anything about them while they're happening and after they're done; that's not being coy, I really don't) is that any poem that comes out of me, but especially one which sounds like a manifesto, like this one, http://guykettelhack.blogspot.com/…/…/toomany-questions.html is shouting that it is writing itself: the "I" in it (as in the work of Miss Dickinson to whom I can't not run for guidance and cover when I use the first person) has truly nothing important to do with "Guy," the "I" I'm not quite idiot enough to deny as I wield strategy in the Real World, is a provisional construct, useful, say, when you have to show your photo ID to someone to get something or get in somewhere: then I'm fine being Guy Blake Kettelhack, do with "me" what you will. But a poem utterly completely writes itself. The moment the cyber finger touches cyberspace to form words for it, it's taken the reins completely, makes all the decisions, becomes outrageous or perverse or bland or funny in ways that, apart presumably from drawing from the lexicon of verbal toys I can't not provide it (to which it responds also by finding words not IN that lexicon). It has nothing past the superficial to do with the rest of the me tagging along because it happens to know how to type.
.
So you see, for example, 'my' (putative Guy Blake Kettelhack's) insistence in this poem on "getting an answer" is fundamentally detached in any of the ways that count from the Guy who shows his photo ID to get into NYU to give a talk on Quentin Crisp (which I did for a Duke U. prof friend of mine who a couple weeks ago brought his Dukies to New York to freak 'em out, as part of which mission he had me talk to them about whatever it was I talked about) or who signs that name on a credit card bill or whatever else one does publicly as oneself - so far from the 'poet' or the 'artist' or the 'violinist' or the sexual shenanigannist that when the poet/artist/violinist/sexter is doing his thing he is conscious of having no identity resembling the signature signer. The writing does not (in any writing) reveal "Guy's" opinions. Partly for the simplest of reasons: I have none that I know of, except, maybe, I don't like lima beans or eating animal organs which dispense excreta. I have no beliefs or ideologies other than the ones I've come stamped with by my culture and the subtle trickery of English grammar, which because adjectives almost always come before a noun, and the subject takes a predicate and you don't dangle prepositions and you keep your verb tenses straight make you think in a certain linear way that somebody Chinese would regard as bizarre and childish. In other words, there is no me.
.
That's not to say that I don't become inflamed at what might be seen sometimes equally as aesthetic as moral assault or injury ("truth is beauty" such as we each name it) but I never make what I think would be the mistake of signing on to a homogenized smoothed out 'unity' of a statement which purports to speak for me, because when I read it, it never really does. I have responses not opinions. If to someone else's eye they describe a temperament or a series of what turn out to be predictable proclivities (I really never like lima beans) then so be it. But there are immediacies to me, not the substance of codicils. (By the way, I'm not bragging here. I don't think this is the right or noble way to be. Indeed I imagine I may appalled more than a few of you. It just appears to be what I can't not be.)
.
So how do I talk about what allegedly is 'my' poem because the words of it came thru Guy's body? I talk about it as if I hadn't written it. Because in the way that matters, I haven't.
.
Writing is never bald confession to me. It may appear to be arterial or hormonal or spinal, as made of you as your flesh, bone and blood. But even when it seems as if that's what it always is, and maybe by some measure should always seem to be, it can only have been even a little "true" in the way we may want it to be for the exact breath of a moment it took form. Mostly what I'm saying is, what may in the moment flood completely out of what I fleetingly regard as a wellspring of 'me,' as soon as it finds expression, diction, syntax it separates itself from the amorphous sea it came from and crawls out like an arthropod to live its autonomous life. I may feel a sort of familiarity when I see it, but otherwise it's as different from 'me' as anything which isn't immediate and going on right now in me will be two seconds after I've expressed it. Maybe this sounds perverse, but it comes as close as I'm able right now to come to delineating the lineaments of 'self' as it sieves itself through language to pretend it's who wrote it. Writing is never the writer. The writer is never the writing.
.
But the thing that juices me up most from what you wrote [the poet/gentleman to whom the heart of what you just read was aimed on our poetry forum] with such liberal verve is: "it's our party dammit!" Oh yes, oh yes, oh yes. That's the ticket to get you on the soul train.
.
.
Posted by Guy Kettelhack at 6:25 AM