And You Thought It Was All About Standpipes. (Actually, it is.) 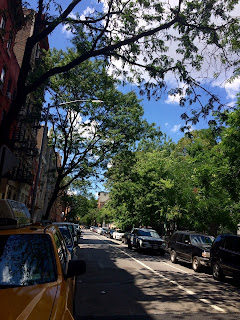 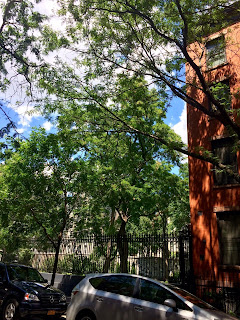 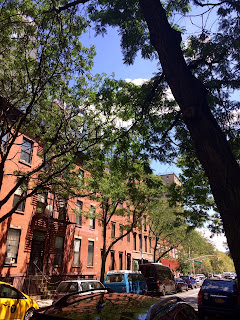 Sometimes when I walk out on this interesting block of east 2nd street which, a little over four and a half months of living in it, is sort of sneakily gaining more dimension as my home (comes on slow, in shadow, then after-the-fact I realize it's STUCK me with something that won't go away), I think of what Henry James said about this country, including New York City which he loved despairingly (he was born on Washington Place in 1843, but that city had been all but erased by the time he wrote searchingly about it when he came back in 1903) - about its constitutional thinness - culturally, architecturally, in terms of what Americans couldn't know or be because the country to which they emigrated was so very new. Henry wrote from the 1860s through the early 1910s - when the country aged from 90 to 140. We're now about 240 yrs old, which you'd think would give us a little more gravitas and provenance - it's certainly given us something we weren't back then, though I'm too much in it to say what, reliably. But the architecture - yes. It does what architecture does: it's utterly inarguably THERE. You see the bricks in the morning and the night: the morning & the night come & go, but the bricks don't. They memorialize their time. You want to know about the 1830s? Look hard into the details of my house.
I said my block is sneakily gaining dimension - partly what I think I mean is that it's not pretty. That is, where I'd lived (on the north flank of Tompkins Square) was disarmingly charming, romantic with the great lush park of Tompkins Square anchoring it - giving the flank of mid-19th century rowhouses facing it - mine dated to 1842 - a kind of stature. East 2nd street has my house in the center of it - the last hold out of what must have been a block among several blocks (going east to Bond Street, which is a continuation of 2nd street and the most fashionable place to live in New York in the 1830s) of kindred Greek revival row houses: which with Washington Square was this city's esthetic claim to having 'arrived' as a serious metropolis. Except when you look at these little puppies, well, they're - little puppies. They've none of the rooted permanence of London's 18th century squares or the venerable grey-white stone presences in Paris' 16th century Marais. (Don't even mention that they're not Rome.) Not that they ought to have been anything like that - how could they be? Which was Henry James' point. And is part of what I find myself observing as I wander from standpipe to standpipe in my own endless Manhattan passegiatas.
New York was put up fast and for mercantile reasons. When 'impressive' architecture became all the rage in the late 1800s, it was a theatrical show. Full of vibrant life, but no building had a history older than a decade or so - it had a hodge-podge (through its belle epoque) STYLE partaking of everything from medieval France to renaissance Italy to the archetypal Adam English country house. But it had no 'cellar.' It had no 'basement.' It sprang, as it would have to have sprung, from the New World earth.
Now New York City (like Boston and a very few other places here) dates back to the mid-17th century. That ain't hay. I mean, that ought to be time enough to grow some sort of 'basement.' But really not time enough. We'd need thousands of years of roots to give us anything like the sense that Rome or London or virtually any piece of ground in Europe gives its inhabitants. But what New York City speedily grew, in fact I believe had in toto from the get-go, was a distinct personality - which we would have recognized in 1650, when the Dutch did what the Dutch did to 'make' us what we are. Its interest resides for me in that personality - that is what I tell myself, anyway, I most respond to in the 'thin' architecture of the very house in which I now sit typing away. This 'greek revival' house is part of the city's unstoppable self-creation. This city is utterly self-created - and continues creating itself - in the most strikingly original ways. It doesn't actually 'need' a history. It isn't about history. It's about its passionate and above all pragmatic mission to 'win' - to profit - to leap over, to conquer, to take, to swallow - which means (therefore) to kill as well as build. It is riveting to me because of what seems to me to be the thing that most identifies it: its ruthlessness.
It is very strange to love something that doesn't remotely love you back. But I do, in this city, and it keeps me alive in the most thrilling ways.