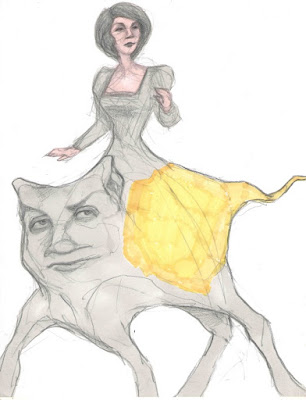 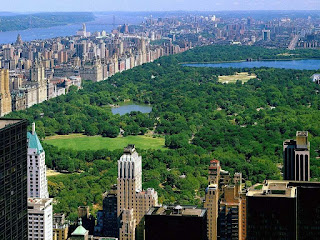 (dupe of Facebook post)
So sometimes, as I replied this morning in a text to Andy, who was texting me from what sounded like the perfection of sitting in solitude on a large availing rock in a sequestered part of Central Park - amazing to us New Yorkers, coming again upon that park; few of whom I know go there regularly but when we do, its power & presence & beauty quietly overwhelm, what a miracle it is! - anyway, I typoed in that text "I still align with any -ology" - conveniently Freudian-slipperily leaving out "can't." ("I still can't align with any -ology" was the intention.) I can't champion any 'school' or manifesto of psychology, religion, spirituality, sex, economy, politics, even cuisine (or even Judy Garland or Henry James!) unreservedly. That would strangle the life out of me & them. It would blind and kill to do that.
But then I enjoyed the sneaky truth of what apparently my unconscious wanted to report: which is that I align at different moments with EVERY "-ology" - depending on receptivity or mood or what I ate that day, however perverse or open or happy etc etc. Permitting myself (thank you Guy!) to think or feel whatever the moment encourages me to think or feel. And again I realized the persuasive power, which seems to me at the heart of what Alan Watts invited us to explore, of what I want to say about anything: "Everything is true." Which somehow does not for me knuckle under to its logical corollary "If everything is true, then isn't nothing true?" No. Everything is true. (Easier maybe to enjoy the prospect of entertaining in "Everything is a miracle." Which doesn't mean nothing is. Everything is.) This of course begs the question of what "true" means. Which it's meant to! (In a way.) But I still say it, swim in it, eat it, sleep in it, make love to it, wear it on my head like a Carmen Miranda tutti-frutti turban.
Anyway - as I stumble along, and I do mean stumble - the business of consciousness seems to me ever more to require widening our repertoires, not excising anything in them. I put this in what may have been too harrowing a hyperbolic fashion in today's enterprise "As Soon As". The notion that we are indistinguishable from even the most horrific aspects or incarnations of existence: they are us, we are they. We are everything we think and/or look at. The relation of the drawing to poem is, as so often for me, completely inexplicable. I have no idea why they're with each other, except that they came out sequentially (drawing first, as usual) and seemed to want to remain companions. So, since nobody is stopping me, I'm going to risk foisting that on you again. Just because - I can!
(last minute addition: sweet aerial view of Central Park.)
une journée miraculeuse à tous!
========================
As Soon As
As soon as you’ve authentically commenced to realize
you’re indistinguishable from the weirdest object –
most unspeakable event – most alien egregious
circumstance your eyes have seen, can see, will see –
as soon as you accept, like your inevitable death,
that you are irremediably cursed – and irredeemably
immersed in every doomed outcome of every awful thing
you’ve done, were in, are in, or ever will be in –
it’s time to let the fun begin.
========================
Posted by Guy Kettelhack at 11:29 AM