The Thing to Understand About Andy 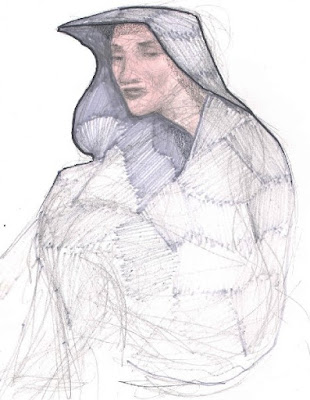 Here's the thing.
Andy understands
the spirit and the letter
of everything better
than you do.

Prove me wrong! Come at me in a huff –
tell me that he doesn’t understand enough.
Tell me why you think so. I won’t think so.
Reduce him at your peril. He can be querulously
pissed when he sees prejudice cram anyone

or anything into a booth: bias hisses, chokes.
He grasps the furthest truths. He knows the cosmos
plays the lightest jokes, occasions the vast blessedness
of excess. “Success is counted sweetest/ By those
who ne’er succeed” says Emily. Indeed, but Andy knows

what a success could never be: mean-spirited small-
mindedness. Watch him dilate when he sees a dog:
each will run up to the other – long-lost brothers
in a breaking fog: love in a nanosecond.
His eyes are always on the prize and always win it.

Sometimes the prize is you! You’ve never felt
so seen before. You only ever want some more.
But he is Mercury and Ariel and Wonder Woman,
far too sensitively fleet to stay for longer
than a song. He sees too much to bear for long.

You love him but you know you’re wrong
if you imagine what you feel is anywhere as large
as what he was, will be and is. They say a man
is what he does: but Andy’s buzz and fizz befuddle
you out of the least assumption of that sort.

How to talk about the light he courts, inhabits,
shows, bestows? I tell him: there! It glows!
He glistens while he listens. But why would
somebody with light like his have need to think
of it or even care? I, however, blink at it and dare

to say: wherever Andy finds a way – above,
below the flowing canopy of consciousness –
he’s dancing through the panoply of more than
you can see. Andy knows Soul, Soul knows
him, Soul knows you. All of this is true.