The Contagion of Delight 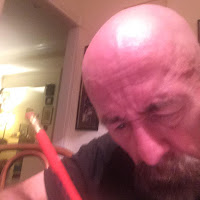 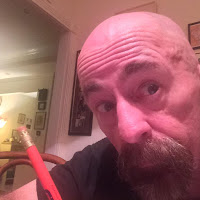 Writing is a very strange business, isn't it. IMing a text or even tapping out a long email suggest something of the relation to an essay or a novel that chatting does to good acting. Both partake of using words - indeed part of the strangeness of the enterprise of writing is that it may seem at first glance to be a kind of 'oh anybody can do that' thing since one way or another nearly everybody does. (The 'nearly' is alas poignantly necessary: in fact a lot of people now lack even rudimentary literacy, but let's pretend for the moment that everybody CAN write down words.) Indeed in Elizabethan England every gentleman was supposed to be able to write a worthy sonnet - and pretty much every gentleman could. Imagine that being the norm!

But there is a magic, isn't there, that transforms random word-streams into something that from its first sentence grabs, moves, arrests - seduces you into attention. I don't know that this can be defined beyond: you know it when it happens. However, to describe its arresting effects maybe suggests something about its genesis.

Which I would say was this: you don't doubt in writing that reaches you that the writer has something to say: more than that, something s/he wants to say - and more than that, to say it to YOU. That, I would venture to opine, is a defining trait of writing that does its job well. It never forgets its primary mission: to connect. In fact, if it does not value the intrinsically intimate nature of this connection - does not in its every breath matter to itself and to its reader the way a love letter would - the reader's eye will cloud over & start looking at something else. I'd go further to say there's no more intimate relation than between the eye and the page. There's nothing to intervene. In most cases (unless you're reading something Groucho Marx wrote) even the voice you hear intoning the words is yours. You're communing at the deepest level with yourself as mediator - no less than you would in a dream. Involving writing will getcha where you live from the get-go. Not just because it can but because you find you want it to. Every 'good' piece of writing - even if it's a recipe for popovers - in some sense makes love to you.

So I would say a writer isn't just someone who writes, but who sees & loves the enterprise of writing as what it most patently is: a communication, a means to reach and move another human soul.

That it may also involve a sheer delight with/in words will only aid & abet that mission. I think it's great to be thrilled by your own writing! In the same way you were thrilled as a child when you first mastered the art of commandeering a tricycle & could proclaim: 'Mommy look at me! I'm driving!'