For Bob, on his Birthday 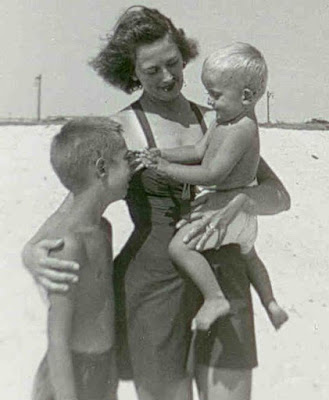 Today is my brother Bob's birthday. He died March 1989. (I was with him.) Anyway, this morning, right before waking up, I had a dream that he and I were on the second floor of some house looking out a closed window at a backyard; it was night – dark – he was dressed in some colorful Hawaiian type baggy swim trunk thing, I was in black – and we saw what seemed to be reflections of ourselves in the backyard, dressed the same way, in the same “poses,” and he said, "look Guy, we're down there!" And I said, no we're not, that's just some weird reflection from the glass in the window. But as I said this some old gray bearded man walked up & started engaging our “reflections” in conversation. And my brother said, "see? we are down there."


I guess this makes me think we're everywhere. Including Bob, now. And my mom & dad. And every other human soul in the history of human souls.
.
.
.

I wrote this back in 2008. Except for the last thing about how we're everywhere. That I wrote just now.