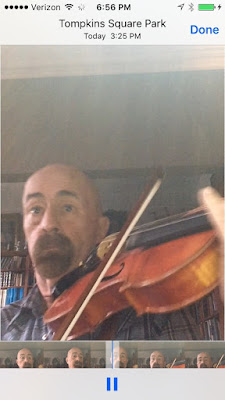 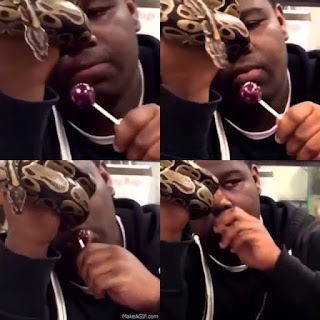 Friend Jesse Neuro/Short writes me & I expound. He told me about David Bowie's surpassing effect on him. I love Jesse's parenthetical thingy here: "(in one angry song on “Scary Monsters” he has a lyrical phrase which ends with the word “society”, except he, or his “character”, cannot complete the word: he hisses “so-ci. . . so-ci. . . so-ci-eh. . ., never getting to the “tee”. So to me, that’s poetry.)"
He asked me about my cabal of pal artists (every name of whom he remembered! good heavens.) This is what I said.
===================================================
You throw out such enticing bait. Both in telling me about what you love and by asking me about what I love. Finding that out about anyone is really the only interesting thing to me. Well, it also interests me a little that I never seem to love 'artists' (the word used as porously & encompassingly as possible) or their work as models of something to aspire to, or of whom I want to become, or gods to kneel before. I see them as brilliant cronies I am inordinately blessed to know. Peeps I would hang out with if they were breathing and on the planet (if I could), peeps I DO hang out with in the possibly more satisfying ways communing with dead people can mean. I'm never not interested in the life. I know Henry's and Judy's lives as if they were - well - what? family members, I guess. Emily's so-called reclusiveness seems to me a sort of gift she gave to the world: that is, she knew she would have to shelter us from her full-on intensity. She was not the kind of gal you 'hung out' with. To do that (in the unspeakable event she'd ever permit it to happen) would probably kill you. William James is the only 'psychologist' worth listening to because he didn't report anything that didn't come from his own perception/experience. He's the only writer I know who can use abstract nouns and make them seem like they breathe. Henry's force was galvanic. Is that a word? It galvanized and warded off and beckoned in and generally sent out a force field (in this regard exactly like Judy Garland) which was the first and last and probably 'only' (in the sense of being central & identifying) thing you notice about him - a trembling thing that simultaneously attracts and repels. They are my preferred companions. Though not for longer (as is the case with anyone) than about an hour and a half at a time. I don't, it turns out, 'idolize' - that seems silly, and to rob any encounter of its juice and real allure. I am Huck & Jim on the raft ("come out to the raft Guy honey" I can hear them call to me from that raft on the flowing river; and/or me calling to them from my raft: "Over here, Judy!") (In this mind's eye scene she's a very good swimmer.)
Here, I found a metaphor. I lick them like grape lollipops.
Well, all but Bach. I ask Bach's permission to speak his language. (He's never not granted it.) I don't lick him like a grape lollipop. But in a way I lick his musical language like a grape lollipop. (Grape lollipops were my fave thing to get at Amityville Public Beach when I was 9.) He has taught me that the skill and luck and funk and grace in & of sustaining wild intense impassioned sex amount to the exact equivalent of speaking his lines. And you do speak his lines. And you don't care, after a time, about anything but their meaning - 'meaning' which is so remarkably full that no part of you isn't employed in its expression; no part of you doesn't somehow both deliquesce and, with suppleness, toughen (melt and grow muscular) in response to it. So that's why I have a screen shot of me playing him to illustrate this. Its caption is "Bach the Sun Likes Best". I also found something that captions itself (it's from some sort of youtube thingy) 'Savage Snake Licks Lollipop Vine" mostly because it features an appealingly easeful man licking a grape lollipop - a Tootsie-Roll one to boot, so he gets that fudgy thing in the center. Which makes me think, yes, I lick my fave dead companions like I'd lick a tootsie-roll grape lollipop. Something fudgy at the center.